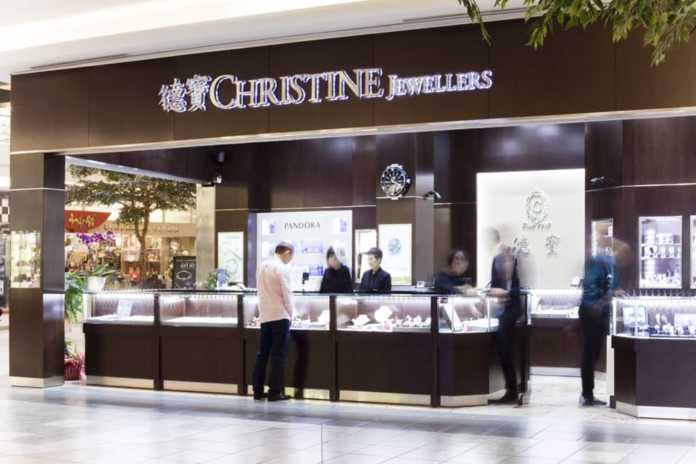 An emergence of a younger generation in the jewellery industry is paving the way for jewellers to find success through social media and online marketing.

Christine Jewellers started a new chapter in 2006 when the entire store’s image was rebranded under the helm of the Kwong family’s son Alex. Since then, it has been a smooth ride for the jewellery retailer, with the promise of expansion surfacing on the horizon.

“It took a lot of convincing in order to have [my parents] understand the importance of rebranding and marketing because as time goes by, if you still follow the same business model as before, eventually you’ll fall behind in what people are doing and in what’s innovative,” says Montreal-born Alex Kwong, Christine Jewellers’ president and director. “I always look at what different jewellery stores are doing and how I can do something that’s different from them.”

Operating out of the store’s newest location in Aberdeen Centre in Richmond, B.C., Alex, along with his brother Andrew Kwong, has been instrumental in helping Christine Jewellers gain a strong online presence and large social medial following with the help of strategic marketing tactics and completely new branding.

Prior to Alex’s takeover of the family jewellery business, the store was initially established in 1993 by his parents, Steve and Christine Kwong, under the name Reliable Jewellers.

Today, Alex recalls the business being passed down from one generation to the next starting with his mother’s grandparents back in Hong Kong. When Alex’s parents made the transition to Canada from overseas, they initially settled in Montreal before embarking on their own jewellery venture on the west coast in B.C.

Alex was still in school then and enjoyed watching his father run the business.

“At that time, I was interested in business in general,” he says. “Looking at how the family did business, I started to grow an interest in it. My parents suggested that I should really see what the world is before I go into the company. They wanted me to learn from what other people are doing and how others are doing business before just jumping into the company.”

Alex completed a major in economics at UBC, which included several marketing courses. That’s how he picked up the necessary tools that would eventually help him transform his parents’ business into a strong jewellery retailer.

“Doing part time work in university helped me learn how others operated their business, how I could use other people’s models and modify them in order to apply them to [Christine Jewellers] and make it better,” says Alex. “I knew the importance of how to market a product and how to make the company more exposed out there.”

After operating their own jewellery store for over a decade, Alex’s parents finally decided to let their son step in and make some substantial changes.

“My parents knew that I was eventually going to be taking over the company and they decided to try and accept the new ideas,” says Alex.

The year 2006 proved to be a huge one for the Kwong Family and for the newly titled Christine Jewellers.

“That’s when I started to rebrand and renovate the whole store,” he says. “We had new lines and new brands coming in, a whole new website, and new advertising campaigns.”

Taking Christine Jewellers online with an aggressive plan in motion was Alex’s idea. Back when his parents were still running the store, they didn’t have as much access to the Internet as we do today, limiting the store’s exposure.

“At first, my parents were very sceptical about having the product displayed online,” says Alex. “They didn’t really believe in using the Internet as a powerful marketing tool.”

When the new site for Christine Jewellers was launched in 2006, it wasn’t the same powerful model it is today and Alex still had much to learn about e-commerce.

“Once I started to understand more about e-commerce, we began doing lots of business online and I like to think that we have grown to be a local jewellery source here in Vancouver.”

To stay innovative and ahead of the curve, Alex says that his team is currently working on creating 3D imaging for all of the products the store retails online.

“What that means is that when a customer goes online, not only will they see a photo, but they’ll see a 3D image rendering of their whole product from 360 degrees,” he says. “This way, the customer can experience more than just looking at a photo of the jewellery or watch.”

Alex’s admiration for other prominent jewellery stores helped him develop a personalized image and colour scheme for Christine Jewellers. He introduced a new palette of gold and brown colours in 2006 that have since become an integral part of the store’s signature image.

“All of our packaging – from our store front to our website – everything is branded into these colours,” he says. “As our brand builds, I hope that people will be reminded of our store when they see that brown and gold.”

He adds that monitoring the rest of the industry is a huge part of his role at Christine Jewellers as it allows him to see how other brands and retailers are directing their own marketing strategies and to stay alongside constant industry changes and the new products released on a regular basis.

“I look into what other jewellery stores are doing in order for our company to keep moving forward.”

Alex’s overall efforts to build a strong online presence for Christine Jewellers also included creating Facebook, Twitter and Instagram accounts for the retailer. The accounts are updated on a daily basis by Alex and the store’s staff.

“With social media, I make sure that all of the information is correct, that the products that we put online are in stock and if people leave a comment or feedback, we make sure that there’s appropriate response made to that client.”

“We like to take care of our customer, regardless of if it’s a phone call or through social media,” says Alex. “Whether the delivery was late, or they liked our product, or there’s something we could improve, I like to look at the feedback when people leave comments, when people buy online, when people come to our store and purchase an item. If somehow they weren’t satisfied, is there any way we can change that and make them feel satisfied?”

The constant content updates and output of information into the online world has helped Christine Jewellers attract a lot of young clientele. Alex believes in building up his client base from the younger generation and conditioning them to stay loyal to his brand. He hopes that a purchase made by someone in their twenties could potentially result in that same person coming back when they’ve entered a new stage in their life, which may require them to buy an engagement ring or an anniversary present.

Alex’s understanding of social media and how online marketing works has given him an upper hand over many other jewellers when it comes to getting the store’s name out there. And although a lot of his knowledge stems from being part of a younger generation, his business savvy and direction of Christine Jewellers since 2006 has helped the store build a strong reputation and guarantee the Kwong family’s success for years to come. CJ 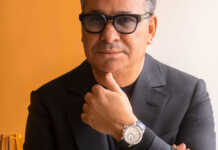 Kamel Ghribi: A gentleman’s choice of timepiece says as much about himself 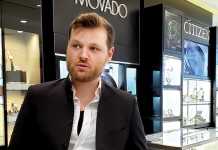 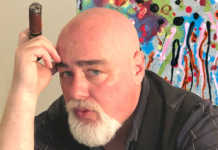 Vin Lee: King of the Hill 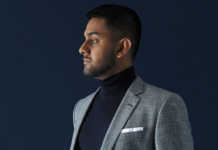 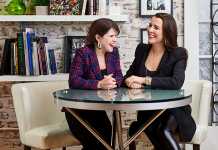 Sister Sensation, with the Appotive Sisters!