The streamable film is perfect viewing for watch enthusiasts

If you’re the type who would feel undressed on leaving the house without first putting on a watch (and almost inevitably you are, given how you’re currently spending your time), and have ever wondered why that might be, you may find some enlightenment, and some comfort even, in a new and thoroughly entertaining short film called TIME MACHINES: AN ANALOGUE OBSESSION, now streaming near you.

Produced by Stage3 Media Works, the film has slipped all but unnoticed into the ether to now, gathering a mere 1,100 views in its first 10 days. This, despite being one of the most charmingly and intelligently considered pieces of content devoted to mechanical watches ever made. In fact, if you were to click the link now without reading on, for once, I’d gladly forgive you.

The film’s makers, who are themselves, collectors, said they felt there’d been scant conversation around the whys of watch collecting, what little there is devoted to it drowned out by the whats. Rather than over-intellectualize the question though, they’ve addressed it with a healthy degree of pragmatism, such that a layman might find the film a gateway into the subject. At the same time, it doesn’t patronize or alienate the aficionado – most of those will surely find its warmth affirming.

As it is, from the outset, the tenor is fond and familiar. “The allure of the mechanical watch persists – so why?” asks a cheery but sufficiently inquisitive narrator during the prologue. “And as long as we’re asking, why have more than one?”

The responsibility for answering the broader question falls largely on the shoulders of the imposingly entitled Professor of Information and human behavior expert Dr Andrew Dillon. He debunks the dated view that collecting is somehow compensation for something bad in childhood, instead suggesting it’s more likely a symptom of a theory known as Identity Formation, basically how we present ourselves to the world. “How many times have you looked at what someone’s wearing and made a guesstimate about their personality, lifestyle, or economic lifestyle?” he asks. Quite.

By that point, actor, producer and watch collector Daniel Dae Kim (above) has already tried to justify his own habit without grinning too much, concluding along the same lines as Dillion that, “I like to wear a watch because … it completes my identity for the day.”

Dillon also addresses what constitutes a collector, one of many ill-defined terms in watches. “There are many people who don’t feel the need to have two, three, or four,” he says, while assuring us that those who do are entirely healthy. “Once you get to the trigger point of wanting more than one, you have become, by my definition, a collector.” His Ball Watch, back from a recent $500 service, is his only watch, he promises.

Along the way, there are some gentle but acute research-based observations (although from which research isn’t noted) that watch wearers are typically less extroverted and more conscientious, no matter their age or background. 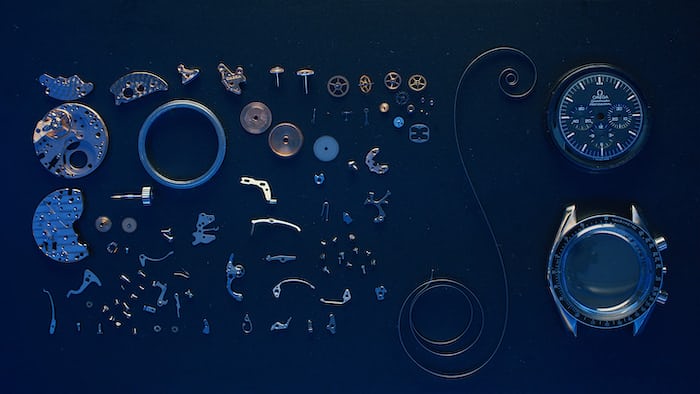 Vintage watch expert Eric Wind pops up with some specialist and historical context (and a Heuer Camaro so rare he’s only ever seen two of them), and with Dillon confirms what has been said many times before, that beauty, aesthetics, a love of mechanics, history, and association, both with heroic figures and milestones in our lives, are all-powerful supplements that help us excuse the large sums we drop on objects that simply (and often poorly) tell the time.

On that note, a final word for Kim, who acts as the piece’s voice of moderation, albeit without ever declaring the size of his own collection. Buying a watch, he says, is not a “flippant decision” for him, an apposite choice of word given the grim fascination with the flipping culture currently gripping the watch industry. “Instead,” he adds, “I buy a watch because my intention is to keep it for life. And not just for my lifetime, but also for my kids’ lifetime.”

Robin Swithinbank is an independent journalist, who has written for HODINKEE about his life in Swatches, among other things. He is a regular contributor to The New York Times International, Financial Times, GQ, and Robb Report. He is also Harrods’ Contributing Watch Editor.