Swiss Luxury watch brand TUDOR has opened its first storefront in North America at Toronto’s Yorkdale Shopping Centre. The 450-square-foot space is a partner boutique connected to the mall’s Raffi Jewellers store which also features several other branded spaces. The boutique technically opened on November 19, 2020, and had to shut three days later due to pandemic lockdowns.

The TUDOR space features red, black, and grey colour hues combined with a mixture of high-quality finishes. The store includes a range of classic, sport, diving, and heritage-inspired watches, including the newly-released TUDOR Royal line which is described as having a sport-chic range of watches with integrated bracelets, signature-notched bezel, and automatic movement.

The Yorkdale store faces directly onto the mall towards another luxury brand store, Breitling, which opened its first Canadian storefront in partnership with jeweller European Boutique in the summer of 2017.

TUDOR was founded in Geneva, Switzerland, in 1926 by Hans Wilsdorf, the founder of Rolex. Tudor continues to be the ‘sister’ company to Rolex with both companies being owned by the Hans Wilsdorf Foundation. The watches, which from afar could be mistaken for Rolex, are generally priced in the $3,000-$7,000 range depending on the style. 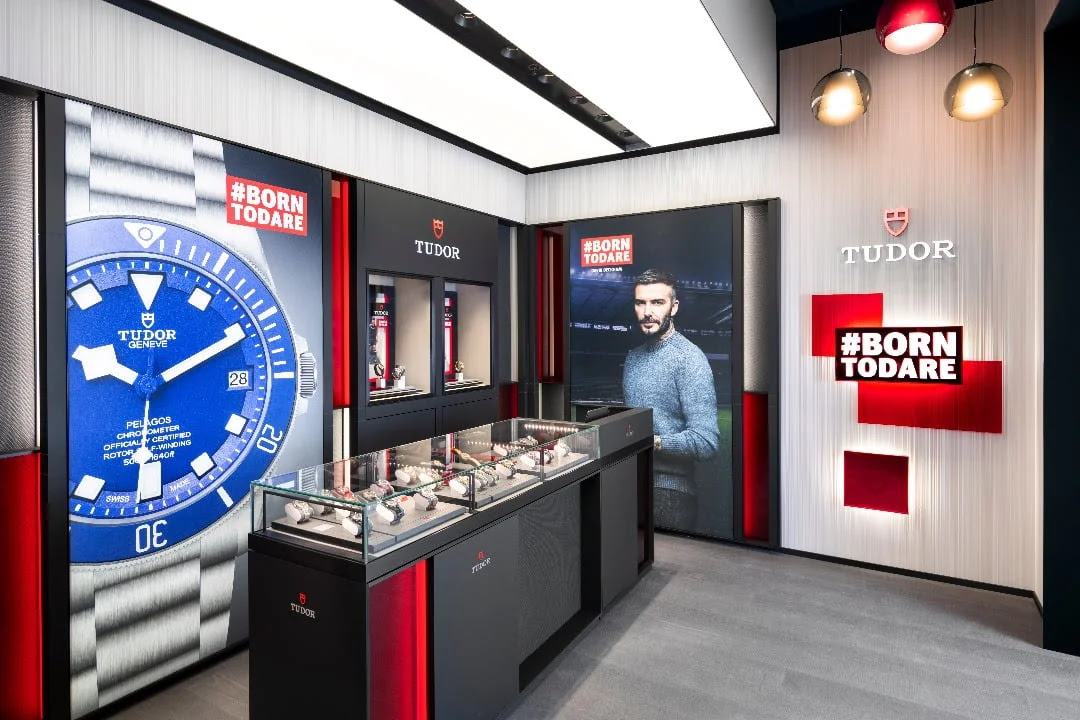 Raffi Jewellers, which is the licensee for the new TUDOR boutique, operates storefronts at Yorkdale as well as at Square One in Mississauga. The Yorkdale store spans nearly 4,400 square feet. Tudor replaces the Jaeger-LeCoultre boutique that relocated at the same mall as a corporately owned standalone.

Changes at the head of the Swiss watch industry association